Before You Buy A Mac For Your Teaching Business 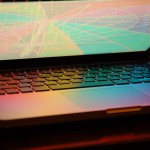 This might seem a little off-topic for my site, but a computer is something that can really help you organize your teaching business and get things done a lot faster. You probably already understand that, since you’re using a computer to read this article right now.

Everybody knows there’s an ongoing controversy about whether Macs or PCs are better, and I don’t want to start a big argument here (besides I’ve used both Macs and PCs for years)…but I recently bought a new MacBook Pro for my business and I learned a few things I thought you guys might benefit from.

Here’s my list of things you should check out BEFORE you buy a Mac for your teaching business…they could save you hundreds of dollars and a bunch of regret!

1) Check the Buyer’s Guide at MacRumors.com for upcoming release dates

It sucks when you spend a bunch of money on a new computer, thinking you bought the latest and greatest model, only to find out that a newer version of it just came out 2 weeks later. Apple doesn’t let you “take it back” and trade it in for the new version, so you’re just stuck. If you would have known about that imminent update about to be released, you could have waited a few more weeks and got the new model.

Well, the kind folks over at MacRumors.com keep an updated Buyer’s Guide that tells you exactly when you should buy ANY Apple product. For example, as of today, it’s a terrible time to buy a MacBook Air…they’re about to release a new one any day. Check this resource out before you buy and you can save yourself some heartache and some cash.

If you buy a Mac within 30 days of the announcement of a new version of the operating system, Apple will usually give you the upgrade for free. As I’m writing this, Apple is about to release OS X Lion 10.7. Unfortunately, I bought my MacBook Pro exactly 1 week before they announced the release of Lion, so I missed out on this…it could have saved me an extra $30.00. For 30 bucks, I think I could have waited one more week. I’ll know better next time.

3) Shop around for the best price

This might seem like common sense, but I was surprised to find that the Apple.com web store doesn’t have the cheapest prices. I ended up buying mine from B&H Photo Supply and saved almost $200.00. B&H also has the cheapest prices around on AppleCare (more about that in a moment), they gave me free shipping and they also threw in a FREE copy of Parallels. Apple offers discounts for educational customers and various other things, but B&H beat Apple on price no matter how I looked at it. In fact, the only reason I would buy a new Mac directly from Apple would be to get it customized in some kind of way that isn’t readily available. It definitely pays to shop around.

Apple computers come with a 1-year warranty built-in, and they also sell an optional 2-year extension warranty called AppleCare. I’ve worked with so many of Macs over the years that had some kind of issue after the initial year, that I always buy AppleCare now. I can already hear some of the PC folks sarcastically chiming in: “I thought Macs are never supposed to break!”…but this is the real world, and your computer is a critical business tool. You never know what could happen, so don’t take the chance. Buy the extra protection. Like I just mentioned, B&H Photo Supply has the cheapest prices on AppleCare that I’ve found, so bite the bullet and include it with your new Mac.

5) Consider a refurbished Mac to save even more money

I chose to go with a new Mac this time around, but there are some great deals on refurbished Macs out there. Again, I can hear the PC folks saying things like “A refurbished Mac? I thought Macs never break? Why would there ever be any Macs that need to be refurbished?” :)

Going refurbished can easily save you another $200 to $500 on your next Mac. Check out this section of the Apple Store website for the latest refurbished deals. You can also check out your local brick-and-mortar Apple Store to see what they have sitting on the shelf. There’s a Mac Superstore near my house that has some great deals, too. The refurbished Macs are completely checked over, repaired and tested by Apple, and they are guaranteed to work properly. The only thing I would advise is to make SURE you buy AppleCare on a refurbished Mac…it will cover your butt in the unlikely event that something goes wrong. I definitely wouldn’t buy a refurbished Mac without it.

Well, I hope my experiences can help any of you who might be interested in buying a Mac for your teaching business. I know I love mine! Just remember, it’s not about how cool the tools are, it’s what you build with them that matters. Use your computer (whether it’s a Mac or a PC) to help your students get results!

Before You Buy A Mac For Your Teaching Business was last modified: May 6th, 2014 by Donnie Schexnayder

Posted on July 19, 2011 by Donnie Schexnayder in Tools of the Trade

← 8-Year-Old Guitar Teacher!
[Video] How To Set Up Your Own Guitar Teaching Website In 30 Minutes Or Less →