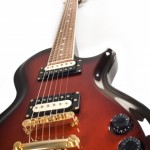 In the final article of this series, I want to talk about two more common misconceptions related to playing the guitar. If you’ve been following along up to now, you already know about the myths many people believe about GENETICS (Part 1) and about EXPECTATIONS (Part 2)…so let’s take a few minutes today and talk about some wrong ATTITUDES many people have toward playing the guitar.

Click here to read part 1 and here for part 2 in the series.

Ever since the late 1970’s, when guitar players like Randy Rhoads and Eddie Van Halen came on the scene, the music world has been obsessed with speed. In the 1980’s, a whole new generation of “shred” guitar players became popular through labels like Shrapnel Records. Guys like Steve Vai, Paul Gilbert and Yngwie Malmsteen took speed and shred to a whole new level. People eventually got a little tired of hearing 1,000 notes-per-minute in every single song, so the popularity of these guitarists dropped off a little in the USA…but even today, there’s a niche market for virtuoso guitar playing that’s widely popular in different parts of the world.

I like “shred” guitar playing as much as the next person, and I’m very impressed with the level of skill and technique required to play that way. Like I mentioned in an earlier article, it takes YEARS of practice and study to get to the “virtuoso” level of lead guitar. The only problem with this proliferation of speed guitar playing over the last 35 years is that many aspiring guitar players have somehow got the idea in their heads that speed is ALL that really matters.

Case in point: take a drive down to your nearest Guitar Center on a Saturday, or after 3:00 PM on a weekday. The guitar section of the store will usually be full of teenage boys, all proudly displaying their fastest lead guitar licks at the loudest volume level the department manager will allow without kicking them out of the store. It’s a high-gain, full-speed tornado of noise that has to be heard to be believed! Again, there’s nothing wrong with playing fast on the guitar…the problem is that playing fast licks is usually almost all these kids can do. They can’t play songs by ear. They don’t understand music theory. They have a very limited chord vocabulary. They don’t know the fretboard. But they can play fast…and loud.

At the risk of sounding like the “old guy” who’s just jealous because he can’t (or won’t) play as fast as the “Guitar Center” kids, let me explain MY definition of what a real musician is. True musicianship means that you can do the following things well:

I’m obviously only scratching the surface here, but notice that “speed” is only one item on the list. It’s not about how fast you can play…it’s ALL about how well you can express yourself on the guitar. Here’s an analogy to help explain what I mean…

Let’s pretend that you’re a really fast TALKER. You can babble on about a variety of subjects at speeds exceeding 1,000 words-per-minute. You can put the fastest auctioneers to shame with your torrents of high-speed verbiage. People stand in awe every time they hear you speak, because no one can talk as fast as you can…they are truly astounded by your verbal technique. But there’s one small problem: nobody can UNDERSTAND a single word you say!

Teach your students not to get so caught up in developing their technique on the guitar that they lose sight of why they should be playing guitar in the first place…they should have something to SAY! People connect with you as an artist when they can FEEL what you’re playing, and when they can RELATE to it. Speed is fine, and all guitarists should strive for good technique…but make sure you also emphasize HOW and WHEN to use that speed. Playing fast is relatively EASY; creating works of art on your guitar that will outlive you is HARD. If you teach your students to focus on expression, the speed will eventually take care of itself.

The “Need for Speed” we just talked about is what brings me to the next, and final, common misconception among newer guitar players: the attitude of unhealthy COMPETITION.

A HUGE problem with players obsessed with speed is that they judge every other guitar player by how fast they can play. This is really stupid…remember my example about the guy who could talk really fast, but no one could understand him? That’s exactly how “amateurishly fast” guitar players with this kind of attitude are…they can’t string two words of musical sense together, but they bad-mouth most of the other guitar players in the world who can. They think Eric Clapton sucks because he doesn’t play fast like Yngwie Malmsteen…and they are missing the whole point!

Music is not a SPORT! Music is ART. Read that sentence again, and make sure you comprehend every single word…music isn’t a SPORT; it’s ART! Painters and poets don’t compete with each other to see who can paint or write the fastest. You don’t see sculptors racing with their chisels and hammers to see who can finish first. It has nothing to do with how FAST you can “create”…it’s all about WHAT you can communicate to your audience.

Teach your students to be really careful about their attitude toward other guitar players, especially if they play a different style of music. Teach them not to be too quick to judge them or lump them into a certain category just because they don’t play exactly like your students do. We can learn something from EVERYONE! Your students need to realize that every time they pick up a guitar, they have something good to offer the world…and so does every other guitar player. None of us will express ourselves in exactly the same way, but the beauty of art is that it gives us a “window into the unseen world” all around us. We should never judge another artist just because the view from their “window” looks different than ours. We should try to learn something from them instead.

This negative, judgmental attitude of competition and comparison is a big reason why some guitar players never get the success they dream of. No one wants to work with a jerk…or even be around them. Negativity repels people faster than body odor! If your students want friends in the music business…and they want fans of their own some day…and they want other people to support them and work with them…then they need to be positive. They need to stop talking trash about other players and support them instead. They need to learn what it means to be a true artist on the guitar, and then help everyone they can to get to the same place. Teach them to kick “competition” to the curb and use their energy, thoughts, words and actions to start expressing themselves on the guitar, instead.

If you think about people with this kind of attitude, it’s easy to see that it stems from some deep hurts and insecurities. When we push other people down, it makes us feel a little better about our own shortcomings, sometimes. If any of your students have issues with this, try to help them see things for what they really are…to dig deep and try to understand what’s really making them feel this way. If they can understand it, they can try to fix it. Then your students can be free to be cheerleaders, instead of critics…and they’ll start to see a whole new level of success unfold in their guitar playing.

What are some experiences you’ve had with bad attitudes…maybe with yourself or from other musicians? How did you deal with it? Respond in the comments below.

Posted on June 16, 2011 by Donnie Schexnayder in Improving Your Teaching Skills